Indices of effect existence and significance in the Bayesian framework 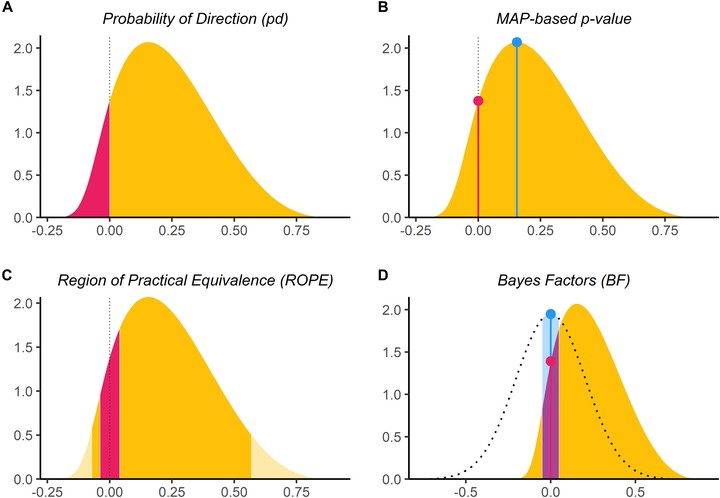 The Bayesian framework is increasingly believed to address some issues with the frequentist framework, especially the misuse and misinterpretation of p-values that has contributed to the reproducibility crisis. While the Bayesian framework offers several alternative indices for the frequentist p-value, there is a lack of consensus and guidelines to help researchers decide which indices to use and understand the meaning of the values. Makowski and colleagues (2019) compared several Bayesian indices by simulating two widely used models in psychological sciences. They provided visual representations of the relationship between the indices and common sources of variance (including sample size, magnitude of effect, and presence/absence of effect), as well as the relationship with the frequentist p-value. They also outlined some recommendations for reporting Bayesian statistics based on their findings.

Dr. Dominique Makowski is a neuropsychologist & pizza lover 🍕. He is currently a Postdoc @ Clinical Brain Lab working on the neuroscience of deception 🤥 He is also interested in reality bending ✨

Dr. SH Annabel Chen is a clinical neuropsychologist, and currently a Faculty member of Psychology at the School of Social Sciences.